DATES ON USE OF BISECTED STAMPS AT ST. THOMAS (242 ITEMS)

As the table shows, the initial philatelic interest barely lasted one week. The bisects could be used at St.Thomas for 123 days, but 46% of the total usage was in the first 5 days. The new shipment of 1 cent stamps arrived March 1 - and only 21% of the bisects were mailed on St.Thomas after that date (an 11 week period).

The second day of bisected use - January 21 - was likely one of the busiest days ever at the St.Thomas Post Office. On that date two different handstamps were used, a fact no one seems to have noted before Arnold Sorensen brought that to attention in The Posthorn August 2008.

The cancels have minor differences, but the main difference is that one cancel has a period after ST (ST.) and the other skows a colon (ST:). The handstamp with the "colon" had replaced the "period" cancel in the early 1890s - and is much more common.

The likely reason multipe cancels were used - is that the mail volume required two people to handle - and the older cancel was put into use on a need to basis. Photo skows the two different postmarks. 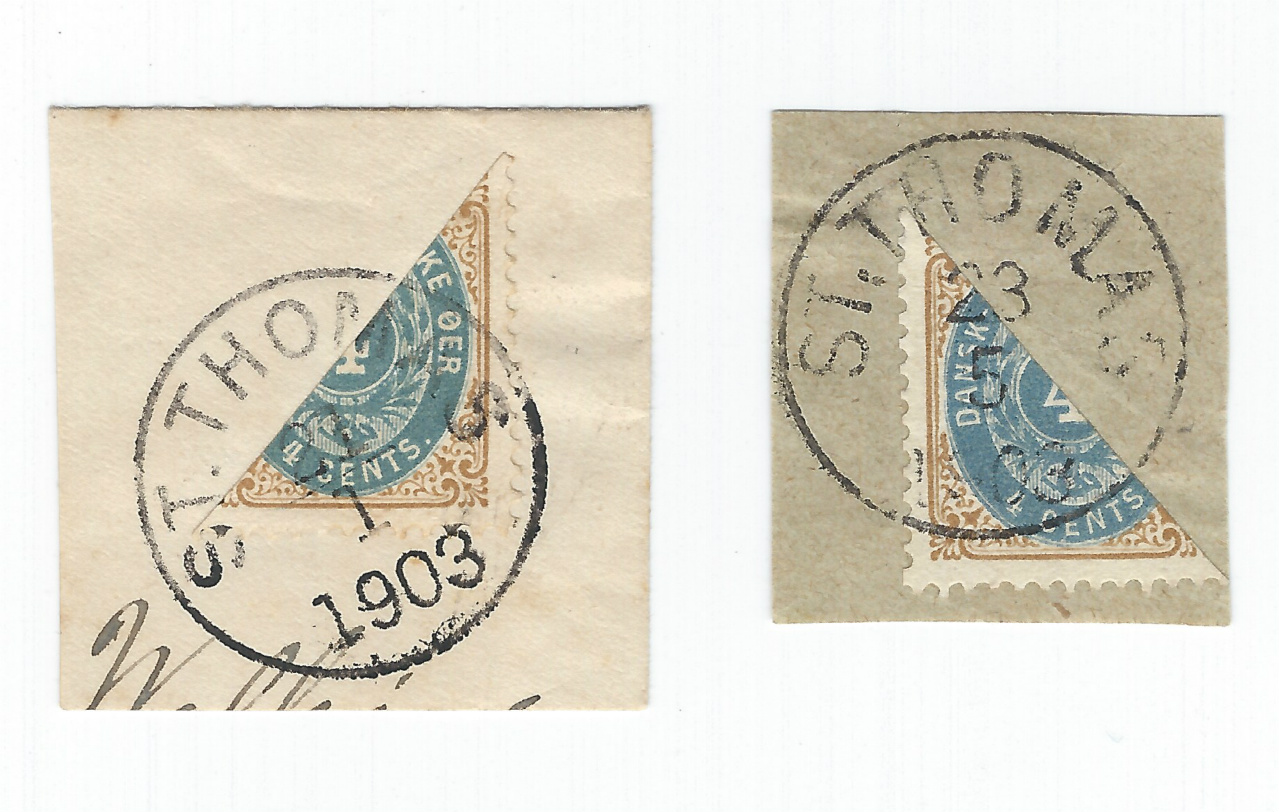 The St.Thomas Post Office used two different hand cancels.
One with a period after St. (ST.) and one with a colon after St (ST:).